The May 9 Victory Day parades in the former Soviet republics are strong reminders that many aspects of WWII have been overlooked in Western historiography. In Kazakhstan alone, for example, nearly 2 millions of Kazakhs participated in the Great Patriotic War of the Soviet Union, defending Moscow and resisting Nazi Germany and its allies. And over 600,000 Kazakhs lost their lives in the process. Yet, those spontaneously organized parades taking place along with the official ones across Kazakhstan seem to point to an even more complex phenomena that demands some attention. Started only a few years ago, this growing popular movement is not so much about anti-fascism or just commemorating the loss. Rather, there is a strong sense of nostalgia that seems to respond to the unease caused by neoliberalism, globalization, corruption, and the failure of democracy. Among other things, these powerful scenes of people holding photos of their ancestors who died in the war seem to reveal a desire for some stable historical references at a moment of profound anxiety and uncertainty. Therefore, in some basic ways at least, isn’t this emerging phenomena not connected to the rise of similar discontents in many liberal democracies today? It remains to be seen how this politics of unease will unfold in the coming years. 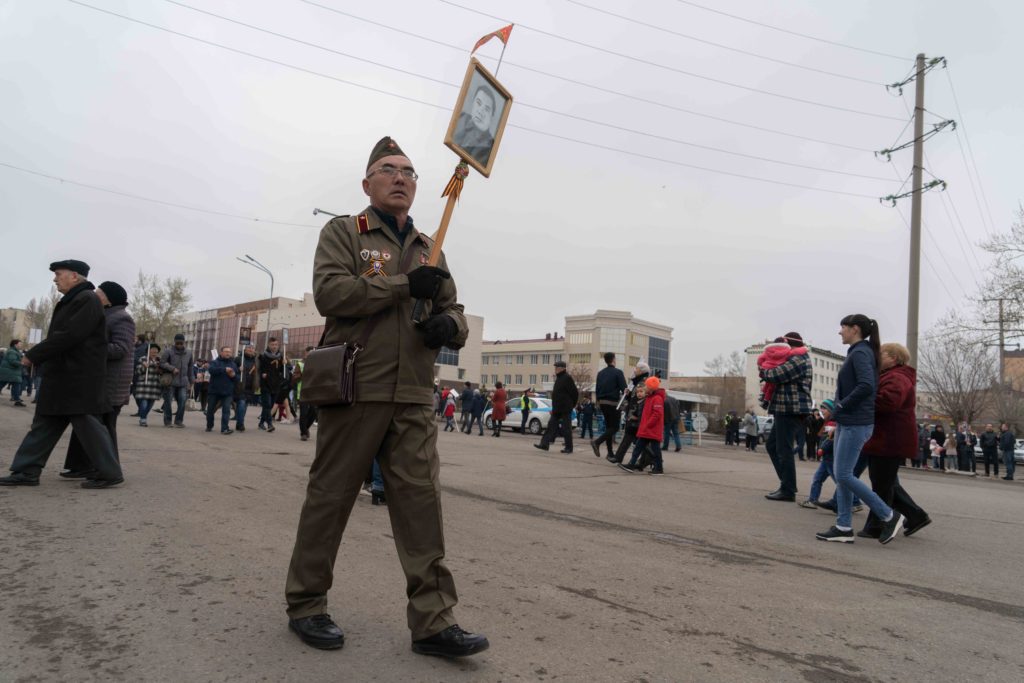 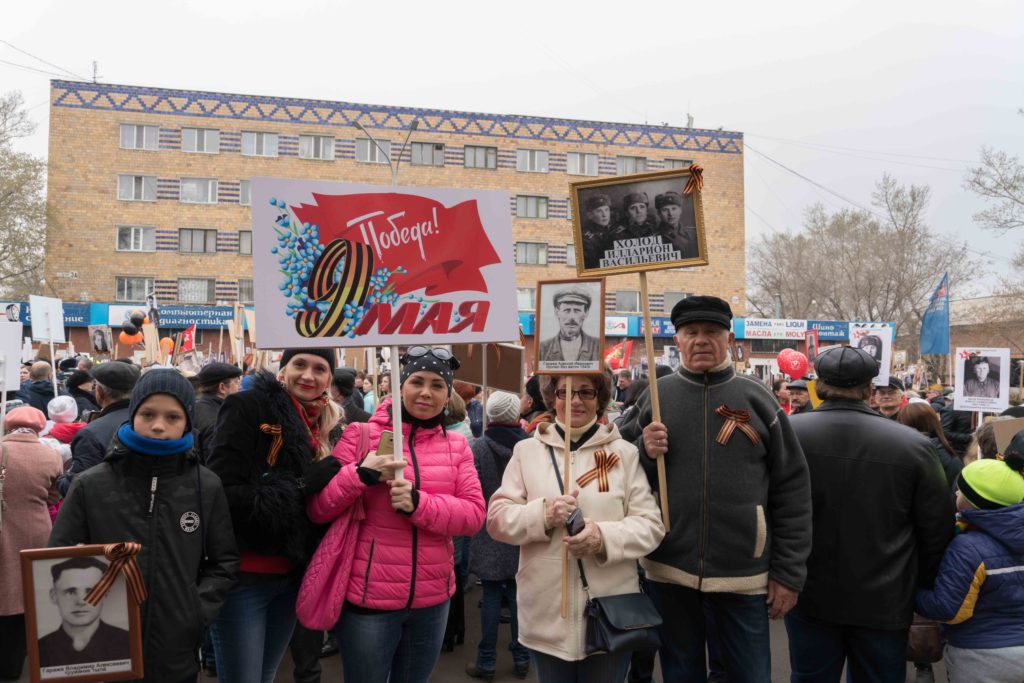