Berlin to Beijing and Back Again 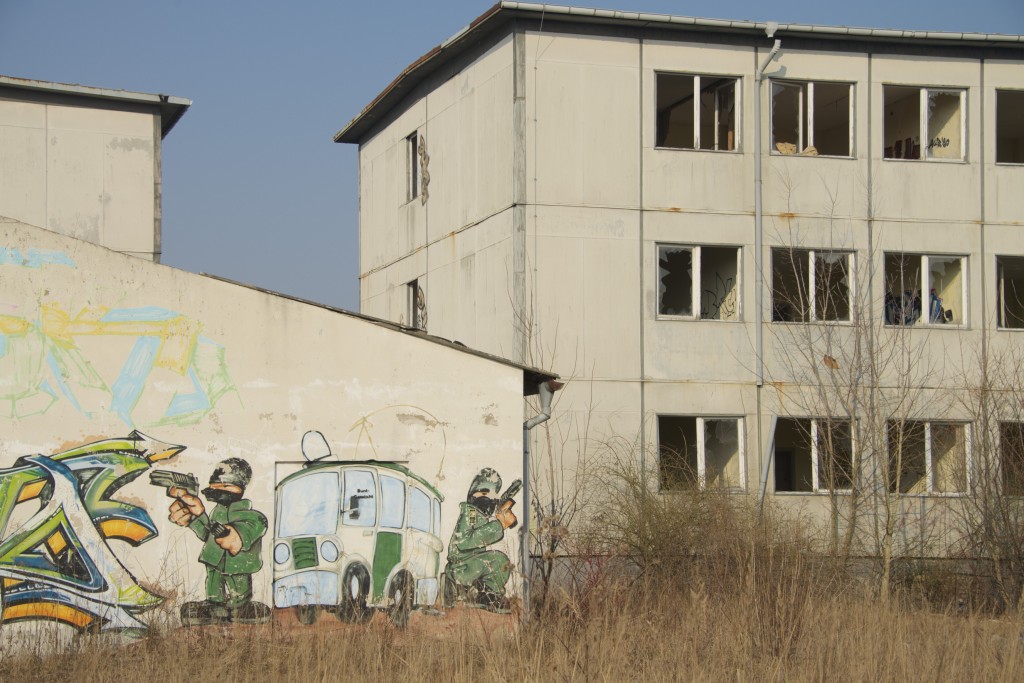 Near the northeastern edge of Berlin, in what was once part of East Germany (aka the German Democratic Republic or GDR), is a place called Mörderberg (Killer Mountain), which contains a cluster of derelict buildings. Abandoned since the 1990s, they were once the barracks of the GDR’s Volkspolizei-Bereitschaft (People’s Police on Standby), which was under the command of that now-extinct country’s fearful Interior Ministry. During the final weeks of the GDR when massive demonstrations broke out in Berlin and elsewhere in 1989, these buildings were at the center of action, serving as both the barracks of paramilitary riot policemen and as an overflow prison for anti-government protesters. These days, sitting quietly in the middle of a vast and tranquil green field, the buildings and their grounds are surrounded by a tall metal fence, lined with rusty signs in German warning that the site is off limits. Yet, not unlike the Berlin Wall in the period just before unification, the fence, however menacing-looking from a distance, is full of holes and gaps. For those who, like me, are interested in reading history against the grain, the combination of the warning signs and gaps are an invitation to explore.

And when I finally visited this place with a German friend earlier this year, I was mostly drawn to the stories and memories hidden inside these otherwise charmless prefabricated structures.

Even though I discovered that the site’s name Mörderberg actually predates and has nothing to do with its role in violent late Cold War actions, it is not without its eerie aspects. On the exterior wall of the first building I encountered, I saw a drawing depicting policemen in riot gear standing in front of a notorious police transport bus—a vehicle locals often mention when describing police round-ups of protesters in October and November 1989. On the exterior wall of another building overlooking a sprawling parking lot, there was a more haunting piece of graffiti. It showed the face of a screaming woman, presumably one who had been roughly handled by the police. When we entered the buildings and walked along their long empty hallways, I imagined I could hear the echo of the cries of the woman painted on the wall.

Back in fall 1989, of course, the loudest screams were not those of prisoners held at Mörderberg, but ones paramilitary police heard crowds shouting near the Berlin Wall. The size and intensity of these protests took the authorities by surprise. And despite all their efforts to suppress them, on November 9, 1989, the wall fell.

Many factors contributed to the fall of the Wall. Mikhail Gorbachev’s political reforms, for instance, enabled a new political climate to emerge across the Eastern Bloc. But a contributing force, which explains the relevance of a post on East Berlin on a “China Blog” was the circulation of images of the events that had taken place in another part of Eurasia in the spring of 1989, especially shots of tanks rolling into Beijing and of the June 4th Massacre.

Another tie between Berlin’s and Beijing’s 1989s was that on October 1 of that year, when the Chinese Communist Party was celebrating the 40th anniversary of the founding of the PRC, Egon Krenz, who would become the leader of the GDR in its final days, was visiting China’s capital. He was there to pay tribute to Deng Xiaoping. “In the struggles of our time,” Krenz said, with protests and Deng’s forceful suppression of them surely in mind, “the GDR and China stand side by side.” When university students flooded the streets of East Berlin just a few days later at the time East Germany was marking its own 40th anniversary, many wondered if the GDR authorities would turn to what had become known as a “Chinese solution,” meaning a massacre. In the end, they didn’t.

Several German friends and interlocutors have told me that during 1989 confrontations in the GDR, both protesters and soldiers shouted “No violence! No Tiananmen!” The frontline actors on both sides did not want a replay of the violence they had seen on television.

After wandering around Mörderberg for an hour, as I pondered these and other connections between East German and Chinese events of a quarter of century or so ago, we returned to the sprawling parking lot where we began. What caught my eye this time was a big pile of debris. And this seemed apt, as the entire site can be seen as made up of historical leftovers; discarded and partly forgotten objects waiting to be deciphered. 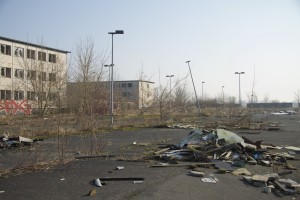 The history of this forgotten site offers a reminder of the limitation of writing national history. The two 1989 40th anniversaries separated by just days, as well as the abortive and successful uprisings that took place just months apart, suggest that the history of national independence, socialist experiment, and Cold War mobilization are shared experiences that needs to be understood globally. I would argue that the same is true, despite the different roads taken in Berlin and Beijing in 1989, of the more recent history of neo-liberalism in the now unified Germany and the still nominally Communist China. To explore that, however, would require exploring other urban ruins and a full-blown essay rather than just a blog post.

Originally published in the China Blog of the Los Angeles Review of Books (June 3, 2015)